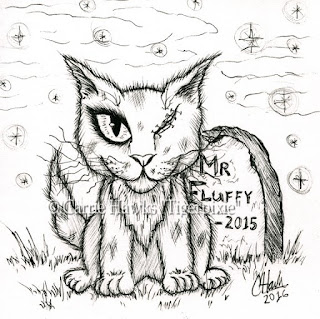 The Rabbit Hole Artist Collective's "End of year Bazaar" Art auction is open on our Facebook Page here, http://bit.ly/rabbitholebazaar2016 There are so many amazing pieces of art to see & bid on. I have my little "Mr Fluffy" mini drawing I created for Drawlloween / Inktober available :) Bidding ends December 5th at 7pm GMT/2pm EST. Thank you for supporting our artists!

Posted by Tigerpixie at 4:30 PM No comments:

View this email in your browser

Posted by Tigerpixie at 6:44 PM No comments:

My good friend Joanna has made the most adorable whimsical Little Monsters Tarot Card Deck called Monstarot :D She is running a Kickstarter right now to get the deck funded & there's only 14 days left! Here's where you can check it out and Pre-Order Monstarot & other Add-on Lil Monster Goodies for yourself or a friend :) http://bit.ly/monstarot 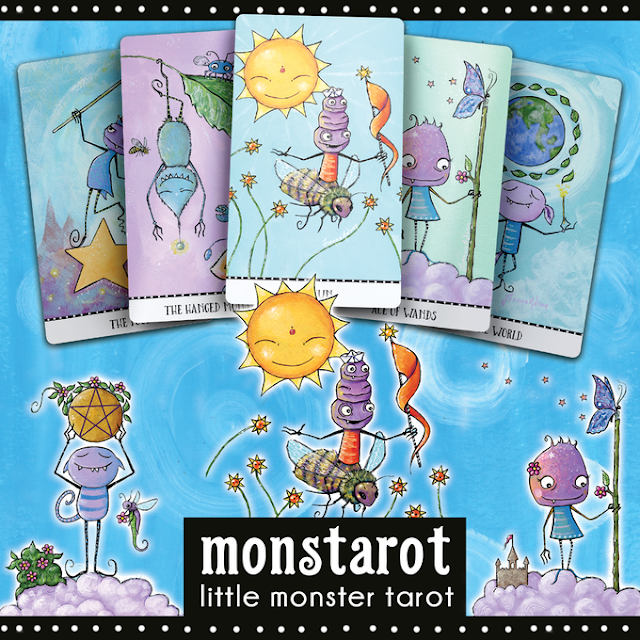 Posted by Tigerpixie at 7:55 AM No comments:

Day of the Dead Cat Sunflowers 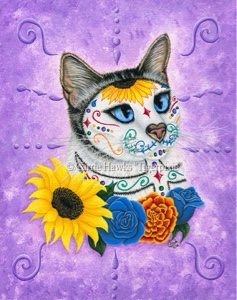 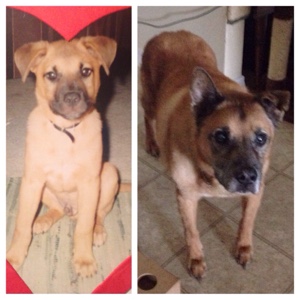 I'm brokenhearted to tell you yesterday we helped Buddy pass over the rainbow bridge. He had a wonderful long happy life with us and was already well over 16 years old which amazed the vets for a dog of his size.  Although he had been slowing down a lot this year and starting getting wobbly back legs and some other elderly dog issues he still acted like a puppy most of the time. But this passed week he started getting a lot worse and was having seizures and breathing problems and a very difficult time getting around. His bloodwork revealed that it very possible he had some kind of cancer. Buddy spent his last days being loved by all of us like always but also eating hamburgers & other "people foods" we knew he usually liked getting small pieces of & knowing how much we all love him. Buddy was our first and only family dog. We adopted him at Petland as an ASPCA Adoption, as an 8 week old puppy in February of 2000 for Ian when he was just 5 years old. We let Ian choose his name and he chose Buddy after the Air Bud movie series that was popular at that time. Even though he was always outnumbered by cats he was vey tolerant of them and would sleep near them & even let Trixie rub on his legs. Buddy joins Leo, Pookie Bear, Tabby, George & Zoe at the rainbow bridge. We will see you all again someday Buddy. Until then we Love you so much & miss you already. Our home will never be the same without you here.  ❤️ Our Buddy ❤️ December 20, 1999 - October 31, 2016
Posted by Tigerpixie at 9:29 AM 1 comment: